At an elite U.S. Navy fighter jet training school in “Fightertown USA,” students compete to outperform other pilots in the class. That means not only following orders, but showing off their most daring flying skills. After all, this is Top Gun, the 1980s big-screen hit.

Now, Paramount Pictures Studios will bring the familiar fighters and their brash pilots back to the silver screen on May 27 with Top Gun: Maverick, the sequel. But how realistic are the amazing aerial acrobatics depicted in the two films? Are maneuvers like rolling backflips, shooting straight up into the sky, and flipping upside-down over another airplane actually doable in real life?

“You may be surprised to learn that the first [film] is actually pretty realistic when it comes to physics and maneuvering,” aerobatic pilot Bernardo Malfitano tells Popular Mechanics by email. “They did shoot the vast majority of the movie with real airplanes doing real flying, not models or CGI.”

Pilots can perform most of the airplane scenes, including the air combat maneuvering, known as dogfighting. One example seen in the film is the “rolling scissors” maneuver, meant to gain a positional advantage against an enemy plane.

Malfitano has been an aeronautical engineer and private pilot since 2011, meaning he knows the ins and outs of flying aerobatic style. He flies stunt airplanes with technically precise moves that push the limits of what a small plane can do.

Riding along in U.S. Navy aircraft, Tom Cruise—who plays the eponymous Lt. Pete “Maverick” Mitchell—and his fellow actors didn’t have to become stunt pilots themselves, of course. However, they did actually fly in the airplanes alongside trained pilots during Top Gun filming. For the sequel, actors spent three months training to withstand the G-forces they’d experience in the air so they could shoot scenes in real F-18 fighters.

According to the movie’s producer, Jerry Bruckheimer, Cruise was the only one able to withstand the G-forces of flying a fighter plane, which can experience up to eight or nine Gs, meaning pilots feel eight to nine times the force of gravity. Trained pilots can withstand even higher forces if they wear special G-suits that constrict the legs and abdomen with an air bladder to keep blood in the upper body during high-G maneuvers.

“Although Top Gun’s depiction of the life of a naval aviator might not have been exceptionally well-written, the flying is almost all very realistic.”

Malfitano knows the risks of stunt maneuvers. Making your airplane enter a spin is something real pilots could do intentionally, though it carries the risk of the aircraft stalling and crashing. So when Maverick is shown falling in a flat spin, it’s not a real plane you see on screen, but a model.

This was one of a few scenes that were impossible to film with real planes, since people’s lives would be in danger. For example, airplanes explode, an F-14 goes into a spin, and missiles are fired at planes in the first film. The Navy didn’t want to release much footage of missiles at the time, either, Malfitano says.

✈ Fly Into These Stories Next

“The glaring exception [to a real maneuver] is the scene where the F-14 rolls inverted right on top of the F-5/MiG-28, so close that the F-14’s vertical stabilizers would be on either side of the other airplane’s. Even if that’s physically possible, it’s so precarious that the situation could probably get away from the pilots (e.g. sucking the airplanes closer together) more quickly than the pilots would be able to react,” explains Malfitano, who offers a “mini degree” in aeronautical engineering.

In airshows, two pilots simulate this maneuver by keeping one airplane further away than the other, he says; in other words, it’s faked, because it’s too perilous to actually perform.

“So, although Top Gun’s depiction of the life of a naval aviator might not have been exceptionally well-written, the flying is almost all very realistic,” he says.

The Sequel Upgrades to F/A-18s, But the Moves Are Less Realistic

Not so in the sequel, though. Between the first and second Top Gun films, Tom Cruise became a real pilot. So Malfitano was surprised to see that the airplane maneuvers depicted in the sequel’s trailer are less realistic. 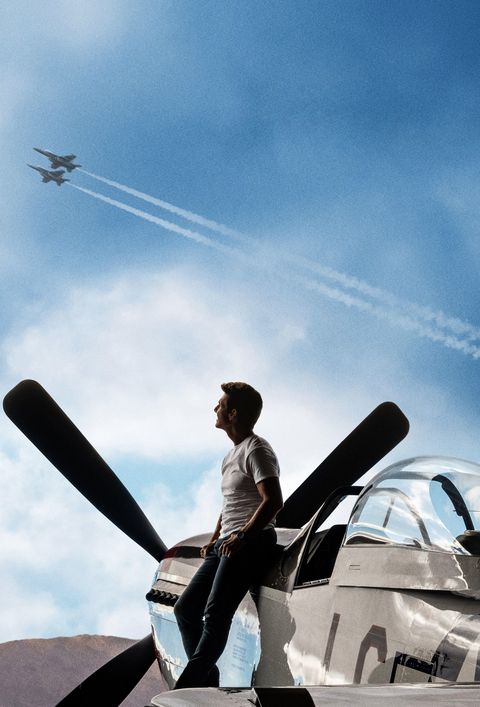 Hollywood has become obsessed with fighters doing backflips, he says. Yet it’s “barely possible today with thrust-vectoring,” or an aircraft’s ability to change the direction of the thrust from its engine in order to control the altitude or angular velocity of the plane. That technology didn’t crop up until the 1990s, either. While the new Top Gun: Maverick film is supposed to take place in contemporary times, it’s still a difficult feat to do a backflip.

One of the previews for the sequel depicts a Sukhoi Su-57 airplane performing a move called a Pugachev Cobra and a spin in horizontal flight, both of which are possible with the right airplanes, like the Su-57 and the F-22. During this move, first performed by Soviet test pilot Viktor Pugachoyov in 1989, the pilot takes the nose of the plane completely vertical, or even beyond. Pulling that far back in an airplane with no thrust vectoring means the pilot relies on the drag toward the tail of the plane in order to pitch the nose forward again. So, the plane needs to have a thrust-to-weight ratio higher than one. With thrust-vectoring airplanes, it’s a little easier, but still, the engines must fire hard enough the entire time to maintain the jet’s altitude, despite the loss of speed and lift. 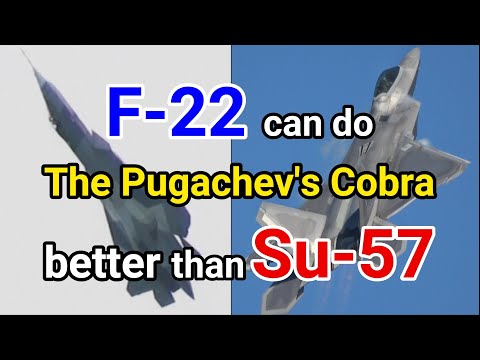 In the sequel, F/A-18s are also shown performing a move similar to a Pugachev Cobra, which is not possible unless the F/A-18s have had thrust-vectoring nozzles added to the back, Malfitano points out.

To him, the most intriguing scenes from the second film portray Maverick wearing a pressure suit and flying what looks like a hypersonic airplane. Lockheed’s SR-72, Boeing’s Mach 5 passenger transport, and Reaction Engines’ Skylon, all have somewhat similar configurations to the mystery jet in the preview, Malfitano noticed.

Get to Know the Badass Planes From Top Gun ⬇️

Multiple companies are working on engines that combine a jet and ramjet, or a jet and a rocket. These engines can push a vehicle fast enough to power a single-stage-to-orbit vehicle, “a true ‘spaceplane’ that does not need to be dropped from a mothership and does not need to shed booster stages on its way up,” Malfitano explains.

Perhaps Top Gun: Maverick introduces an innovative new airplane design that’s still a bit futuristic in order to inject even more excitement into the sequel. It’s an intriguing scene in the trailer, Malfitano says. So maybe it’s okay, or even ideal, for this movie’s airplanes to defy physics. In any case, it sure will elicit a lot more oohs and aahs.

Before joining Popular Mechanics, Manasee Wagh worked as a newspaper reporter, a science journalist, a tech writer, and a computer engineer. She’s always looking for ways to combine the three greatest joys in her life: science, travel, and food.

We Could Be Living in a Teenage Alien’s Computer

Chaos Theory Explains Why Life Is So ... Chaotic

Black Holes Could Solve the Mystery of Dark Matter

How to Control Unruly Plasma in a Tokamak Reactor

These Waves Could Reveal the Invisible Universe

5 Tips to Dominate a Game of Cornhole (From a Pro)